5 Myths and Legends of Aphex Twin 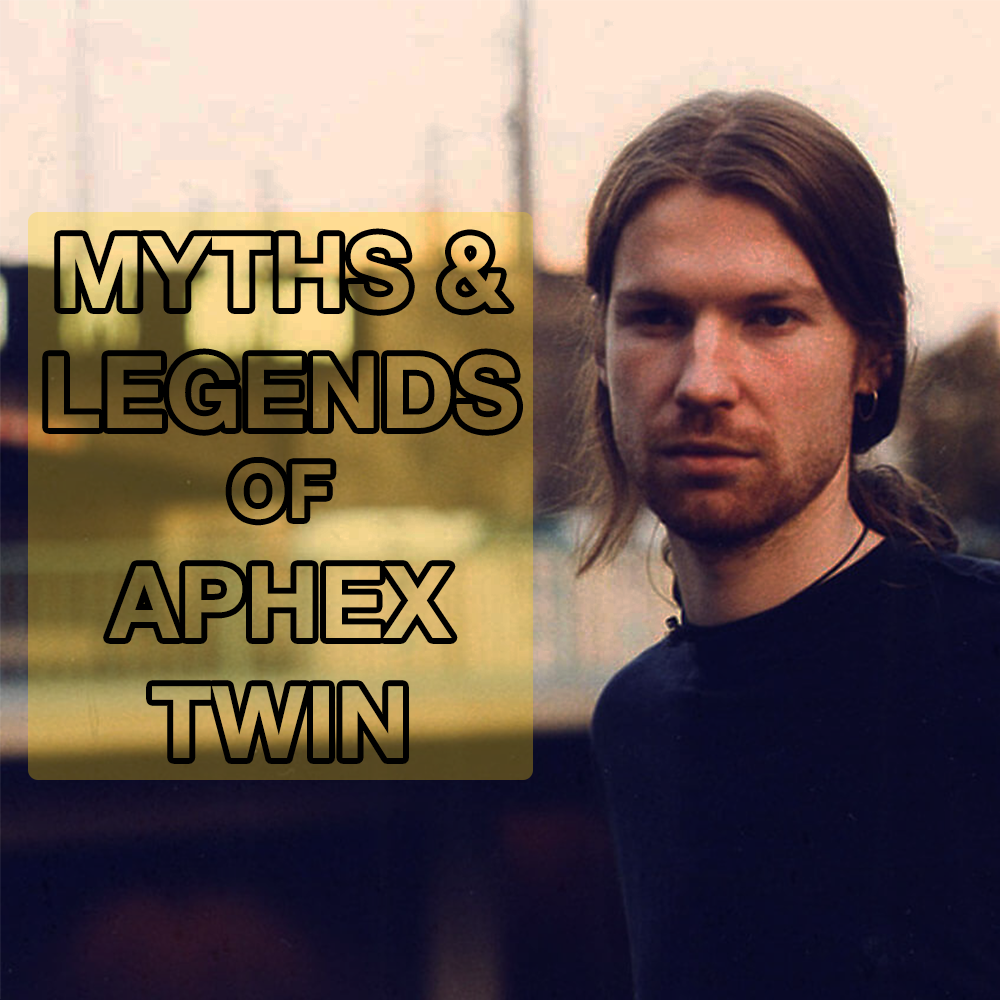 Aphex Twin is a legend in the Electronic Music scene, with a career spanning over 30 years. He has produced everything from Breakbeat to Jungle, Ambient to Industrial, and anything you can name between. Popular with ravers and chillers alike, he has developed an immense cult following and is still one of the most celebrated figures in Electronic Music.

If you like Aphex Twin, and want to learn how to produce Electronic Music, then head to our Skills Courses to find out how to become the next Breakbeat Scientist.

Aphex Twin NEARLY owns a tank. He actually owns a military Armoured Scout Car, which looks almost like a tank. I wonder if he sampled any of the sounds? In typical Aphex Twin fashion, he describes his love for the complicated machine as resembling a ‘womb with a gun’.

Myth: Aphex Twin Worked as a miner in Cornwall growing up, often in the nude.

In a legendary episode of the late, great, John Peel’s ‘Sound of the Suburbs’, Aphex describes having worked down in Cornish mines as a teenager. He goes on to describe that, due to the heat of the underground work, all the miners worked nude (including, presumably, himself). This one sounds like it could definitely be tongue in cheek, however!

Myth: Aphex Twin Once Performed using only Sandpaper (and later again with a Food Processor)

RDJ turned up at a London club in the 90’s, and played sandpaper on the turntables. He actually went on to add a Food Processor to the mix (pun intended). Judging from his Field Day performances, this isn’t the strangest set he’d ever played.

Myth: Aphex Twin has a trove of unreleased music hidden away on a young Irish lad’s unassuming Youtube channel.

True or False? Up for debate.

There has been a theory circulating on Reddit, that Ryan Wyer, a 12 year old Irish lad from Dublin, who Aphex Twin got to direct and shoot (and star in) the music video for his track CIRKLON3 [ Колхозная mix ], has a stash of unreleased Aphex Twin songs on his channel. If you investigate the teenage boys Youtube channel, there’s a few tracks that resemble RDJ’s sounds, and it would be surprising if they were produced by a kid. But who knows… we will likely never find out. Perhaps Aphex Twin has found his protege?

Myth: As a child, Aphex Twin made computers that had no sound hardware produce music.

Aphex Twin has frequently described his love for tinkering with machines, and much of his sound builds out of his own experimentation on synths, keyboards, and computers themselves. According to James himself, he manipulated the signal of the computer monitor of a Sinclair ZX81 so that it could produce wacky noise tones. Sadly, a researcher went on to prove that Aphex Twin did not win the competition when he claimed to. Although we’d bet he’s done something similar throughout his illustrious career.

If you like Aphex Twin, and want to learn how to produce Electronic Music, then head to our Skills Courses to find out how to become the next Breakbeat Scientist.