A Guide To How Music Distribution Works 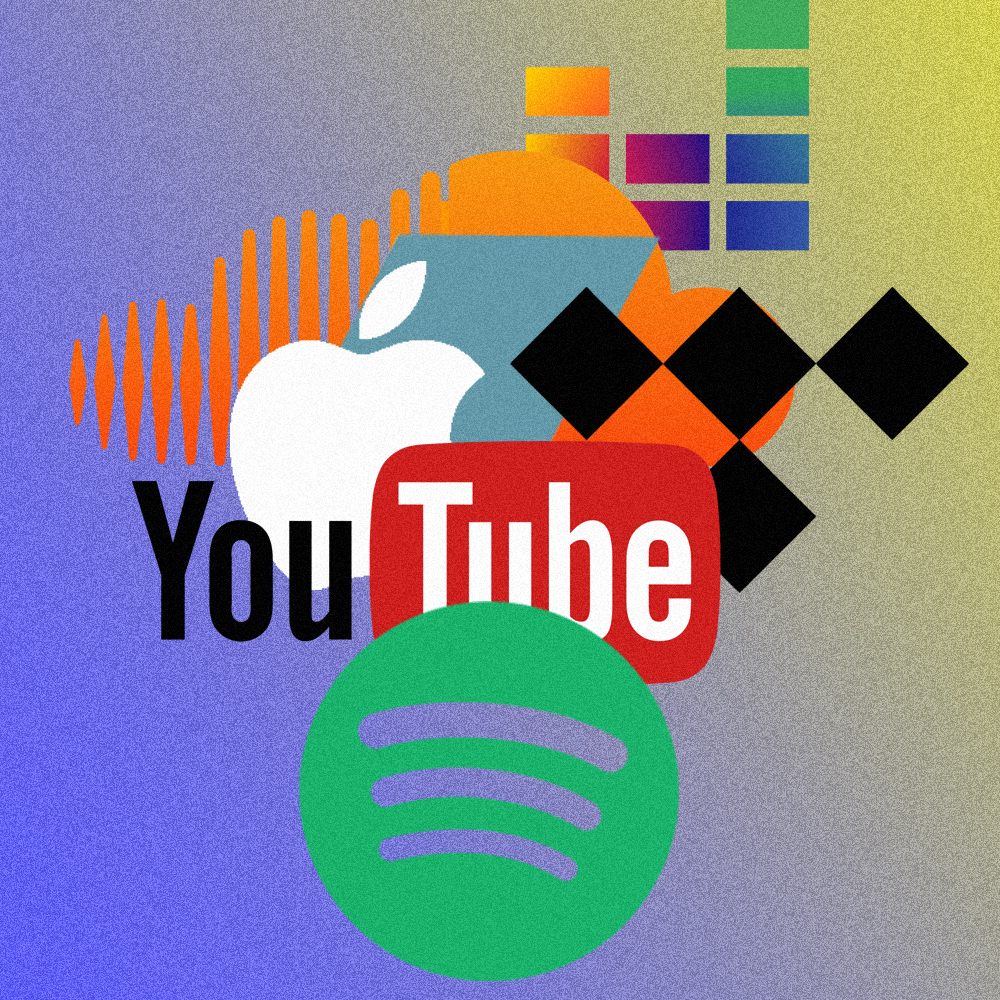 Music subscription services: What are the differences for artists, where should your music be distributed and who should you distribute your music with?

Streaming might have been the counter to the iceberg of piracy sinking the global record sales of the music industry but in this landscape where numbers and data might one day pay the rent how much do you know about music subscription services and where your music should and could be distributed?

The technology available to a generation determines the dissemination and consumption of media.

My gran listened to the news on the radio. She discovered artists and songs on her favourite stations; then went out and bought the record.

My mum watched the news on TV. She discovered her favourite artists on music channels and the radio; then went out and bought the cassettes or early CDs.

I read and watch the news on social media, and for the past few years have discovered my favourite artists on streaming services.

If Elvis never got spun on the radio, if Wham! never graced the music television channels my gran would’ve never bought the countless Elvis records she adored, and my mum would’ve assumed the name George Michael to be a football player or insurance salesman, not one half of a globally successful pop outfit.

My point? Visibility. These days and throughout history you have to be discoverable in the places your potential fans are discovering.

With “43,000 artists able to make a living through streaming”, and the Sony, Warner and Universal music groups making just shy of $1 million per hour via streaming in 2019 It’s no secret there’s money to be made, and knowledge to be gained.

So let's break it down.

Our most common services are:

Bandcamp is another service where artists control content for sale but it’s a digital download service not a streaming service.

Artists can sell their music on Bandcamp as a digital download and there are no subscription fees for users.

If they like a song they can do a one-off payment, usually at £1 per track. Artists are paid per download rather than per stream.

For the other streaming services like Spotify, Apple Music, Deezer and Google Play Music you will need a distributor also known as an aggregator.

What is a music distributor?

Think of a distributor as a middleman, you give them your song, and they give your song to Spotify and the other streaming services.

This process of deleting your music off streaming services can usually be done in a few days.

Before deciding on a distributor to use, it’s worth doing a little research. The most popular ones you’ll find are Distrokid, CD Baby and TuneCore.

Estimating your annual release schedule (how many songs you will release and how often) will help you make sense of the most economically suited distributor to go with.

I recommend taking some time to make the decision because distribution fees can add up fast!

The difference between streaming services for artists

Now we’re all clued up on the middleman let’s look into two main differences between streaming services for artists.

1. These days there are few differences in music discovery on platforms: Spotify, Apple music and Deezer etc mainly provide new music to their users via playlists.

The most common type of playlist is an editorial playlist. These playlists can be categorised by genre or commonly now by ‘mood’. For example, the editorial staff at Spotify get together and curate playlists of music from artists, putting the new Drake song in ‘Rap Caviar’ or ‘Rap Workout’. Then platform users scour these playlists for their next favourite song.

Spotify is the leading contender for music discovery due to its algorithm and focus on data.

With 40,000 songs being uploaded to Spotify every day, editorial playlists curated by musical tastemakers are there to shortcut listeners to great music sparing users the impossible task of sifting through 40,000 new songs every day and finding ones they like.

Spotify, Apple Music and Deezer etc are known as frictionless platforms whereas Soundcloud is different. Other users can ‘repost’ their favourite tracks on Soundcloud. So maybe you make house music, you upload your latest track and Kygo hears it, likes it and then reposts it on Soundcloud.

This is the ‘friction’ as his repost shares your track to his 1.48 million followers on Soundcloud instantly. Who knows what happens then... A record deal? A million streams? A huge festival slot? It’s a great and powerful feature for music discovery that only Soundcloud has.

It’s fair to say that artist careers have been launched by a Soundcloud repost or coveted editorial playlist slot so don’t miss out on these opportunities, get your music out there.

2. The other main difference between streaming services are royalty payouts. Here is what they look like in 2020 and how many streams you need to achieve per service to make the monthly minimum wage in the US of $1472.

Data in the table is compiled from sources:

Digital music news for pay per stream and streams to make monthly minimum wage. Musically and Wikipedia for user base size.

It should be noted Google Play will be shutting down at the end of 2020.

Reading these numbers may either seem bleak or hopeful. Are artists getting underpaid? Or should artists appreciate getting paid at all?

Before you turn your nose up at the crumbs companies like Spotify leave for artist’s blood, sweat and tears, consider how many people they can put your music in front of.

Remember artists should be discoverable in the places their potential fans are discovering them.

Maybe streaming services are misconceived as a revenue stream; maybe we should also see them as discovery platforms, an artist’s gateway to potential fans.

Written and researched by Glen Bevan for Producertech.