A guide to NFTs 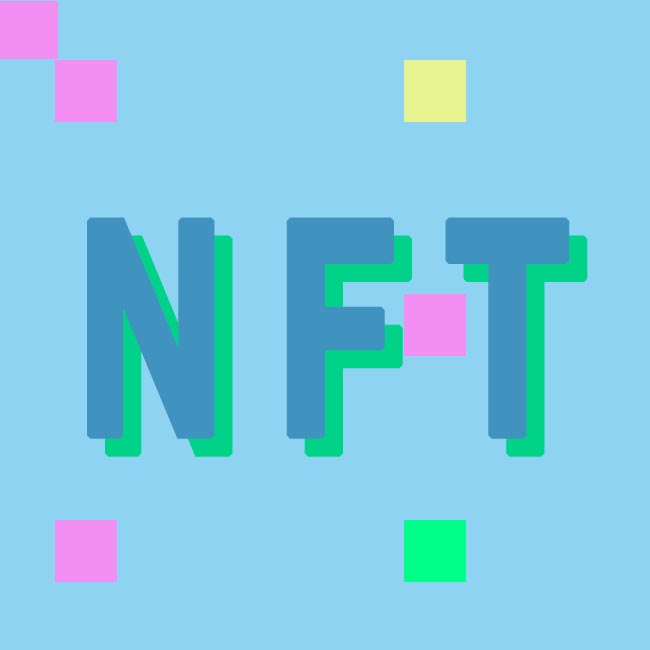 What is an NFT?

Unless you’ve been living under a rock you’ve probably heard about NFTs on social media or the news. The sale of one NFT by digital artist Beeple broke headlines when it sold for $69.3 million.

The CEO and co-founder of Twitter then sold an NFT of the first ever tweet for $2.9 million. Any Internet fanatics that remember the Nyan cat GIF might have seen an NFT of the GIF sold for nearly $600 thousand dollars.

What does NFT mean?

It stands for Non-fungible token. Fungible basically means ‘replaceable by another identical item’, so the US dollar is an example of something fungible. If I give my friend a 10-dollar note to buy a present for his mum, then 1 week later my friend pays me back the 10 dollars I lent him, I am only concerned with the value of the money not the original 10-dollar note he received. If he paid me back with a different 10-dollar note, it doesn’t matter. If he gave me two 5-dollar notes, again it doesn’t matter to me because I still get the value of 10 dollars back.

So, non-fungible items are normally collectors items. For example, if I borrow my grandma’s antique coffee table my grandad made for her and come back a week later and give her a similar looking table I bought from IKEA, she will be annoyed because this new table does not hold the same value. All the coffees she had and magazines she read went on the original table not this new replacement. The value exchange is the same: a table for a table but her coffee table is non-fungible, it’s a one-off. I can’t provide an identical replacement.

Why is an NFT valuable?

At this point you’re probably thinking: well ok, a table or US dollars have value and are tangible. I can touch the table and hold the dollars but you can’t do that with an NFT. Being able to physically hold and touch these things arguably underpins the value of them; a jpeg of the Mona Lisa would be worthless but the physical painting is priceless.

So why do NFTs seem to surpass this rule and sell for hundreds of thousands if not millions?

The answer to that is subjective, NFTs have value for the same reason normal art and collectibles do, because they’re rare and people want them. The buzz around crypto currencies and blockchain technology has lead many to call NFTs a speculation frenzy.

Blockchain is what separates an NFT from a gif or jpeg file you have on your computer. When you purchase an NFT, your purchase is recorded on the blockchain and it’s listed there forever. Think of the blockchain as a ledger or a record of purchases and sales but it’s permanent and immutable.

Another pro of NFTs is you collect a royalty payment if you decide to sell the NFT when you part ways with it, and for every sale of that NFT thereafter you still receive a payment. But in short, think of it as a jpeg or GIF that you own.

Now we can see NFTs in a slightly different light, there is no need to go and get a collectible examined three or four times to confirm it’s a genuine piece and real. Just a few clicks on the blockchain and the records are all there, secure and untampered with; the artist, the sale and the buyer details. You want to sell your Nyan cat GIF to a millionaire in Puerto Rico, no need for transport with armed security, storage in vaults and fees for shipment. Just a simple smart contract executed on the blockchain and the sale is done; ownership transferred, funds exchanged in minutes.

But by this point you might be seeing some flaws in digital collectibles and NFTs. I mean, Da Vinci wouldn’t be able to produce an exact replica of the Mona Lisa with a simple copy and paste in a few seconds. This is something digital artists can and are doing with NFTs. So for example, if Beeple creates a masterpiece NFT that sells for $69 million, then comes back the next week and says “you know what guys? I’m releasing ten identical versions of the masterpiece NFT today”. Surely the value of the original masterpiece is devalued, because it’s no longer a one off and other versions now exist? It has become less rare.

Well, this argument is in a way debunked by physical collectibles like the original first edition Charizard Pokémon card from 1999, which sells for around $600,000 but an identical version of the card was released a few months later that doesn’t have the 1st edition stamp that now sell at a fraction of the $600,000 original.

Why should musicians care about NFTs?

So now we’ve covered what an NFT is, the valuation of them and how they compare to regular art and collectibles. As a musician or artist, why should you care about NFTs? We’d say it’s something to be aware of and some artists are looking at it as new source of income. DJ and producer 3LAU made $11 million selling one of his first NFTs. He looks at NFTs as another way to monetise your audience, given that streaming service payouts are looking stagnant and the future for live shows is somewhat uncertain. Fans of your music now have a super direct way to support the artists they love and own a unique digital collectible from them.

We’d recommend checking out this podcast featuring artist and producer ‘3LAU’ if you want to learn about how he made $11 million selling an NFT.

What could this mean for the future?

The music industry is always slow to adapt to technological advancement so blockchain and NFTs could pose some disruption. Given that NFTs don’t intertwine with intellectual property and copyright, could NFTs of entire songs be coming?

Rumours of this sparked after CEO of Twitter Jack Dorsey purchased an 80% stake in streaming surface TIDAL. Could the crypto fanatic be eyeing NFTs and music as new waters to explore? Time will tell.