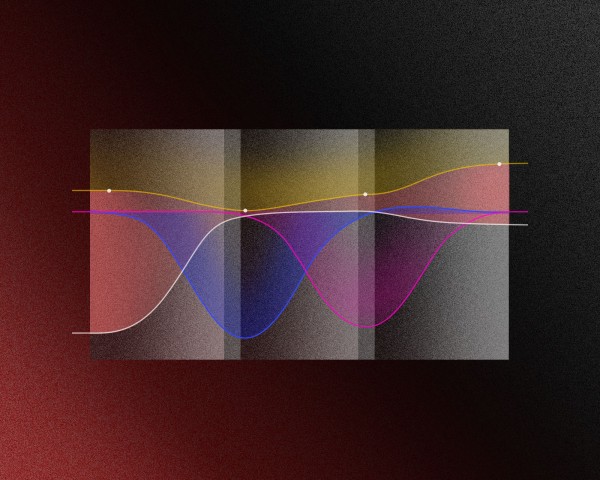 Are you just starting out with EQ and a bit lost as to when and how to apply it? Perhaps you’ve heard that you should be using it but aren’t sure whether it’s necessary or not in your mix. This is a very common situation for a producer to find themselves in, but with some training on the basics and phenomena involved, it’s easy to become more confident in the area.

If you’re totally new to production then perhaps the concept of sounds being made up of multiple frequencies is a bit mind-blowing in itself, but you’ve no doubt tweaked the bass and treble dials on a portable speaker, so know that you can adjust those to make the music bassier or brighter for example. Well, this is a basic form of equalisation, and EQs in your music software are just extended versions of this that allow a much greater amount of control, over much more definable areas of the spectrum. Logic’s channel EQ for instance, gives you 8 separate bands, indicated by unique colours on the effect’s display:

The 4 bands in the centre are what’s called fully parametric bell bands, meaning they can be set to specific frequencies and then used to decrease or increase a band of adjustable width centred around it:

This amount of precision means that an EQ can be used for a wide range of purposes, from highly specific and almost inaudible audio correction, to very obvious and transformative character changes.

One of the most fundamental rules and common applications when using EQ is to get rid of frequencies you don’t want. For example, if you’re creating music with samples, they frequently have a lot more bass in than you realise, and this bass adds up, particularly when you have a lot of parts in the mix, so it’s generally a good idea to EQ or filter out a fair bit of the very bottom end with a high-pass filter band, which will make sure the lower frequencies are left to the bass, sub, kick and any other sounds that dominate this region: 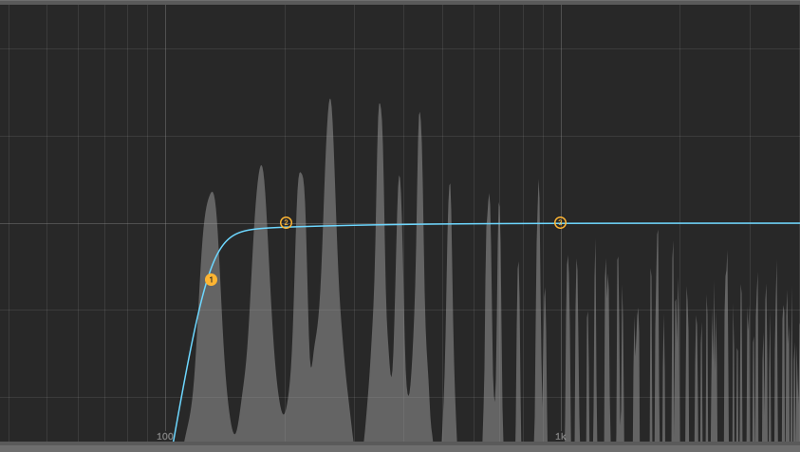 This same principle applies to other areas of the spectrum too, with the very top being another standard area to remove on individual tracks, but also frequencies in the middle that might be clashing in certain sounds in the mix and so fighting for your attention or masking one another undesirably.

LEARN THE CHARACTER OF FREQUENCY BANDS

In addition to removing frequencies to clear space in the mix, a sound may also need to have certain frequencies boosted or cut to make it more distinct and change the quality of its timbre. This can be done using wide bell bands, which adjust a range of frequencies to have a particular effect on the overall character. One fairly obvious example is to boost the high frequencies to add more brightness, if a sound is a little dull. However, as you get to know each part of the spectrum in more detail, you’ll learn the individual nuances, such as presence, boxiness and sibilance, and be able to hear when they are too dominant or lacking in a sound.

GET TO KNOW YOUR EARS

Understanding the way our ears work is an important part of mixing and EQing music, so you can produce results that are pleasantly balanced across the spectrum. This is particularly important when using EQ on the master channel, so equalising your entire mix, where it’s important to know what frequencies the ear is more or less sensitive to. For example, our ears are much less sensitive to bass frequencies, which is why they end up being the loudest ones in a mix, whilst frequencies between 3 and 4kHz appear the loudest to us, so their level will typically be much lower to avoid the mix being overly harsh.

Equal loudness curves are a good reference here, and help to illustrate the sort of shape the spectrum of your mix might take to achieve a well balanced sound: 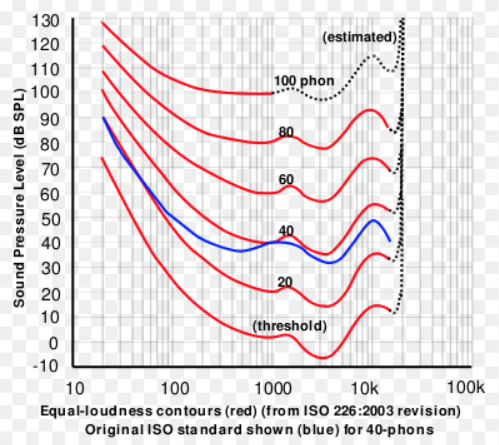 If some of this is a bit baffling still, try watching this free excerpt from our EQ Fundamentals course, in which Rob Jones explains some frequency spectrum basics: