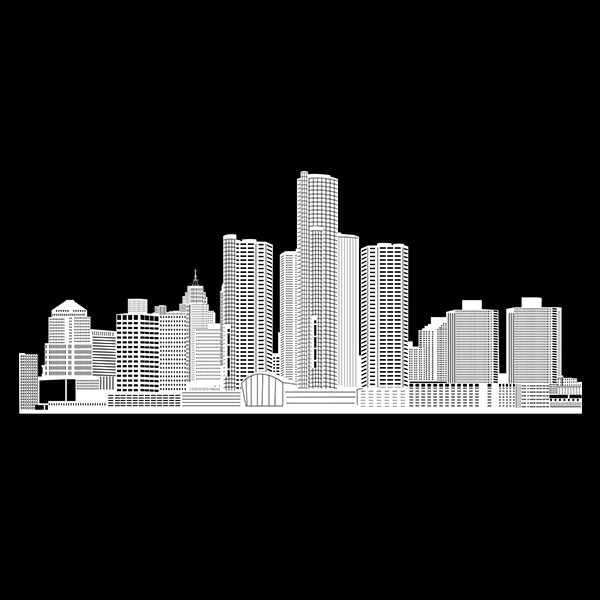 Techno is a genre that started in Detroit. As a movement, it represented the city and became one of it's biggest global exports.

It has evolved since it’s inception in the mid-80s with countless sub-genres making it one of the most enduring genres in electronic music. Younger fans might think Techno is characterised by banging kicks, a repetitive lead and driving hi-hats but the roots of the genre are far more soulful.

The movement was inspired by a combination of pioneering electronic music from Europe in the late 60’s/early 70’s (namely Kraftwerk), science fiction and an almost futurist-like approach to technology.

Artists like Juan Atkins aka Cybotron, Derrick May, Kevin Saunderson and Eddie Fowlkes drew inspiration from their industrial surroundings, the crumbling factories and warehouses of Detroit, and imagined a future of robots, aliens and automation. The sound they created has inspired generations of producers and artists, with techno becoming one of the most popular genres of electronic music.

This blog looks at some of the pioneering tracks and the original sounds that helped define the genre. I’ve put together a list of some of the most important early techno tracks but you’ll find a more comprehensive playlist on the Producertech YouTube channel.

This is considered the first “true” techno record and it certainly has a sound and structure that fits with what we hear in modern techno tunes. Juan Atkins was already releasing records inspired by Kraftwerk using synthesisers and drum machines to create electro and experimental new wave.

It’s easy to hear the influence Kraftwerk had on Juan Atkins. The programmed drums and spoken word vocal feel like a direct homage to the German band and yet the overall quality of the track is pure Detroit.

No UFO’s has a short intro before dropping into a fierce bassline and 4x4 beat. This is a characteristic that has become more commonplace in modern techno tunes. Unlike many modern tunes, however, there is an abundance of soul and movement surrounding the industrial rhythm. The synth lead, explosive drums and dystopian vocal still feels futuristic, typical of art and fashion from the 1980s.

Another early techno record on Metroplex from one of the lesser-known pioneers of techno, Eddie “Flashin” Fowlkes. His work with the 909 combined with his frantic DJ sets gave rise to artists like Jeff Mills and Mad Mike.

Goodbye Kiss feels like a precursor to Underground Resistance and some of the harder-edged sounds that were to come in the early 90s.

Derrick May’s Transmat records is regarded as one of the most important record labels in Techno. The first release was a collaboration between Juan Atkins, Kevin Saunderson and Derrick May (also known as the Bellville 3).

Derrick May has been quoted as saying this is a Hip Hop record but it would certainly stand up in most techno sets today, a timeless quality many of these early Detroit records have managed to achieve.

The story goes that the record came about from a drunken jam session in their studio which comes across as the 3 of them jostle on the mic throughout the track.

Let’s Go doesn’t get as much attention as the trio’s other work and is a much more jacking record than other tracks from the same era. Still, the fact that this launched the Transmat label makes it an important tune in the history of techno.

No list of defining techno records could be without Strings of life. This record still has the power to lift you up and has been remade, remixed and copied since its release over 30 years ago.

For me, the energy in this record comes from the lack of quantisation on the keys and strings. They sound so alive and soulful over the simple, functional drum programming.

Derrick May (working here as Mayday) perhaps by accident, but more than likely on purpose given the limitations of the equipment, gave the strings a choppy quality. They fade in and out, beautifully interacting with the piano. It is perhaps this raw soulful quality that means Strings of life still remains as essential and powerful even to this day.

This makes the list because it’s the first time a Reese bass was used in a track. Kevin “Reese” Saunderson created the sound on a Casio CZ 5000 using 2 detuned saw waves. The Reese bass sound became a staple of drum and bass, garage and many other genres but it all came from this Detroit techno record.

There is a real soulful quality to this tune, crossing almost into Kerry Chandler-esque deep house territory but its the drums with their harder, Detroit edge that give it that distinctive techno flavour. The bass is the star, rumbling with dark movement, it's a record built for the warehouse.

Much like Strings of life, no Detroit techno list can be without Inner City. Good Life, along with Big fun, took techno to dizzy new heights. A top 5 hit in the UK and top of the US Billboard dance charts at the time, Kevin Saunderson and Paris Grey's Inner City became so famous and achieved such crossover success they still get mainstream radio plays to this day.

It might have once seemed like a novelty pop/rave hit but the track has endured. It is so influential and so timeless and should be held up as a defining record in all of dance music. The sounds, the production and the uplifting vocal make it a legitimate global hit that transcended genres.

This is an early standout from Detroit brothers Lenny and Lawrence Burden, who have since gone on to represent the Detroit sound with their incredible live shows, touring around the world.

I Believe showcases the raw emotional power techno had in its early days which some argue has been lost in its modern incarnations. Lush pads and sultry vocals work alongside hard, powerful drums. It is still regarded as a classic and one of the best releases from Transmat Records.

Underground Resistance AKA UR was formed in 1989 by the legendary trio of Mad Mike, Jeff Mills and Robert Hood. Highly political and anti-corporate, they are perhaps more responsible for what techno became as a movement than any other artists.

Individually they have all been responsible for classic records but as UR they had a string of releases in the early 90s that achieved the pinnacle of electronic music, a timeless quality. The Theory was the first record to make waves for the group and showcase their ideas of creating utopia through musical journeys.

Their joint, experimental production skills are in full effect on this record. It sounds so ahead of its time, taking influence from Juan Atkins’ early electro records and flipping the style on its head.

Opening with the message "The needs of the many out way the needs of the few", a vocal sample that repeats throughout the track, it was a powerful statement and reflected the groups desire to push electronic music forward as a legitimate artform.

Another classic UR record, this one is a personal favourite. Released in the final year of UR’s original superstar lineup, Final Frontier feels like a record that could have been made now or even something that was sent back by future techno producers.

People often talk about Transition or Jupiter Jazz when talking about Underground Resistance but for me, The Final Frontier is the quintessential techno record. It has the 909 workout, using the claps, toms, snares and rim shots to powerful effect. You’re hooked by the hard beat and driving 303 and then transported to another planet via the strings.

The earlier UR records have a dreamy, jazz-like flow to them. You get the impression tracks like The Final Frontier came out of extended jam sessions, where each artist was locked into their synthesisers and drum machines, communicating vibes rather than creating traditional records.