The Greatest Basslines of All Time 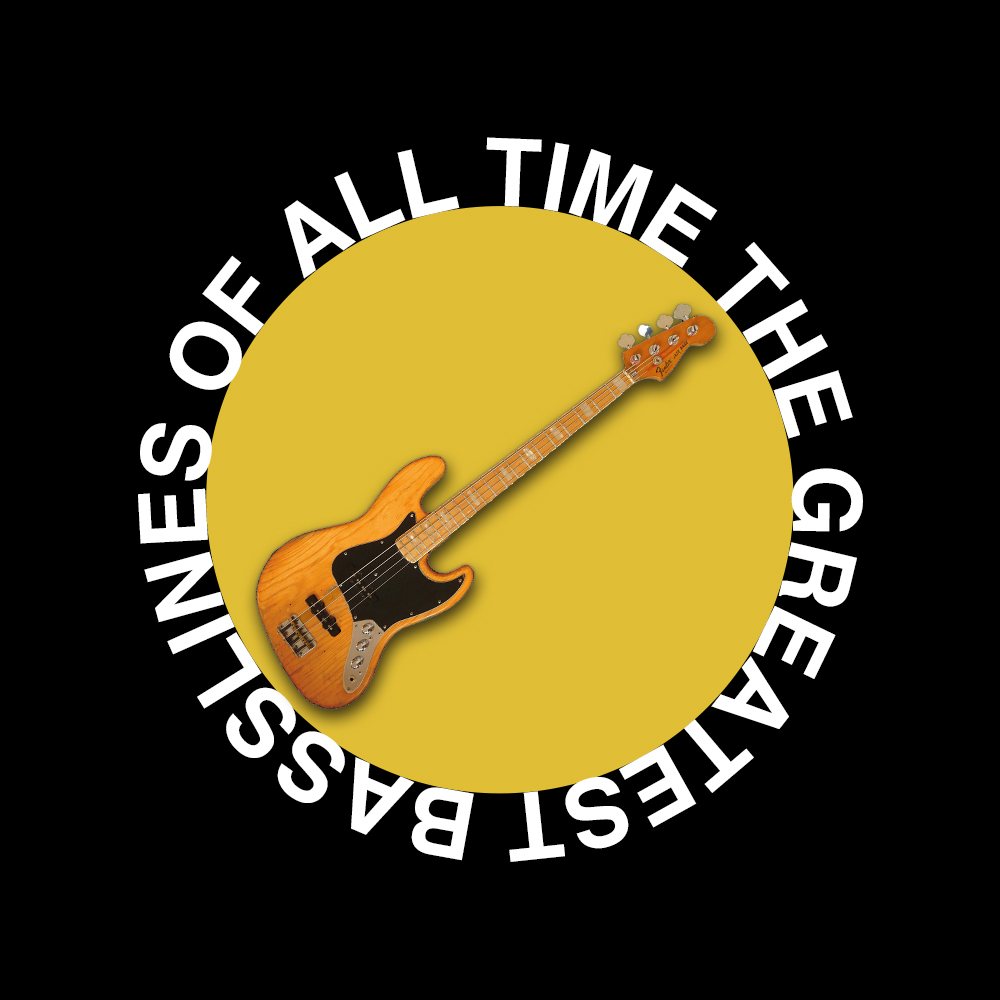 From Rock to Pop, Funk to Reggae, and HipHop to Disco, here's our list of the greatest phonk-infested basslines of all time.

If you want to find out more about the Theory behind a good bassline, check out our courses on Music Theory, as well as our upcoming Bass Course with Jafunk.

The Ojay's - For the Love of Money

Often cited as the all-time best bassline EVER, this 70’s funk classic is one all bass players have to learn at some point in their lives. Written by The OJay’s fantastic bassist Anthony Johnson, its notable not only for its unbelievable phonkiness, but for one of the first instances of creative effects added to bass. Take a listen, and you’ll instantly notice the flanger-y, choru-sy, echo-y effect that helps this track really stand out.

Led Zeppelin aren’t exactly a band you might associate with great basslines - they're more known for Jimmy Page’s gritty guitar and Robert Plant’s wailing vocals. In fact, many of Led Zeppelin’s songs DO have fantastic, funk filled, original basslines - thanks to John Paul Jones enigmatic playing style. Ramble On is one of the few tracks where his bass takes centre stage, for an uplifting, joyous ride into the English countryside.

Reggae (and Dub) are genres well known for their deep, thunderous basslines - and Exodus is the crowning jewel of Reggae bassline. Probably one of the more simple lines in this list, its simplicity is what makes it sound so damn heavy. It hardly changes at all throughout the song - but instead of becoming boring, its repetition is the leading element of a hypnotic, trance like track which transports you straight into the Wailer’s musical vision. This one is a personal favourite.

Maceo & The Macks - Cross The Tracks

No great bassline list would be complete without a disproportionate number of Funk tracks. And this is possibly the swaggeriest of them all. The bass even sounds like it may be slightly out of tune, but this just adds to the tracks incredibly laid back, lazy feel, which make it the perfect track to chill out to on a summer day, or ride round in a car to. But what else would you expect from James Brown’s backing band?

This one was pretty revolutionary when it came out. Emerging from another band known for their great basslines, New Order’s most famous track Blue Monday has an absolutely driving bassline, in true Giorgio Moroder-esque fashion. Coinciding with the explosion of House, Blue Monday’s classic octave-jumping Disco bassline propels this tracks so far, it sounds like it could have come out yesterday. Simplicity doesn’t get better than this.

The Cure - The Lovecats

Another band possibly not known for their basslines, but with loads of great ones, The Cure’s Lovecats is a rare use of Double Bass within pop, but boy does it work well. It gives a really alleycat vibes (to fit right in with the songs theme),and adds to the laid back, jazzy, and slightly sinister feel. This jolly but driving bassline is the cherry atop this great track.

Easily the most bonkers, and downright genius, bassline so far, Thundercat takes his maximalist philosophy to its extreme on the opening track of Kendrick Lamar’s Grammy Award winning.To Pimp a Butterfly. When first heard, this crazy bassline can almost seem too much - but over time it becomes clear it’s one of the best moments on this brilliant album. Constantly morphing and transforming in a way that most basslines don’t, Wesley’s Theory is the funkiest part of a seriously funky album.

No bassline appraisal would be complete without an entry from Bootsy Collins. This man has played bass with EVERYBODY (seriously - look it up). Parliament really pioneered the use of synth basses, and would go on to be a massive influence on everything from House to Hip-Hop (Flashlight was sampled by Snoop Dogg and Aaliyah, among others). This constantly descending funky bassline perfectly sums up Parliament’s whole party aesthetic - this will get any dancefloor moving as soon as it kicks in.

Coming from the same school as The Wailer’s bassist Aston ‘Family Man’ Barrett, Fela’s bass player Nweke Atifoh perfectly captures the essence of Groove in this seminal Kuti track. The track’s feel of outcry and protest at the Nigerian Governments brutality is held down by Atifoh’s heavy, driving, almost motor-driven bassline. Combined with Tony Allen’s famous Afrobeat rhythms, this is the sort of bassline you could to listen for hours and never get bored. After all, the full-length track is 12 minutes long!

Can you base a song's greatness on the number of times it's been recreated or sampled? Well if so, Good Times must be one of the greatest. Reconfigured into Another One Bites The Dust, which in turn was sampled by Vanilla Ice, as well as being the basis of Rappers Delight by Sugarhill Gang, Good Times bassline is happiness personified. As soon as it kicks in, you recognise it, and for most people, It will put an instant smile on their face.

If you want to find out more about the Theory behind a good bassline, check out our courses on Music Theory, as well as our upcoming Bass Course with Jafunk.