What chemicals are best for making music? 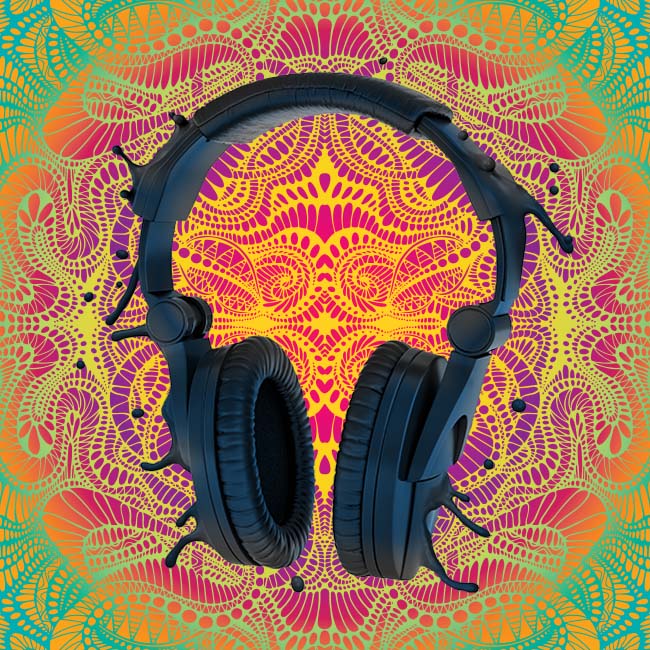 From green tea to LSD, there are an abundance of substances in the world for enhancing your consciousness and letting creativity flow.

Of course, some of them may well be unavailable for legislative reasons, and differences in cognition from person to person make it near impossible to make universal rules, but this article aims to provide a bit of insight into how altered states can improve or degrade the music-making process.

It should be said from the start that music-making on its own can provide one of the best natural highs out there. There’s nothing quite like the flow state you can achieve when you’re busting out some amazing beats! This is improved all the more when you have other musicians to share the experience with, particularly when actually playing instruments and jamming together.

Unfortunately though, the issue some people have is getting themselves into a position where they feel comfortable or inspired enough to start making music. For example, how critical you are is one big factor that may hinder the process, where you might feel that anything you do isn’t good enough or sounds rubbish.

At the other end of the spectrum, not being critical enough will mean you have no issue making music and thoroughly enjoying yourself (which is the main goal ultimately), but the quality may not be great.

For me at least, this has been one of the main reasons that certain mental states aren’t so fruitful. Generally, if I’m feeling really good, the music I make ends up being worse because I’m less critical and having too much of a good time!

For the reasons above, I wouldn’t normally recommend any ‘feel good’ substances, in particular those that greatly enhance the perception of music, such as cannabis. Music, much like everything when you’re high on weed, can attain new levels of awesome, but consequently things can sound way more amazing than they most likely will when you’re no longer high. Additionally, substances like weed are likely to be quite distracting for a lot of people, so may interfere with workflows if, for instance, you constantly need to go to the kitchen for munchies! 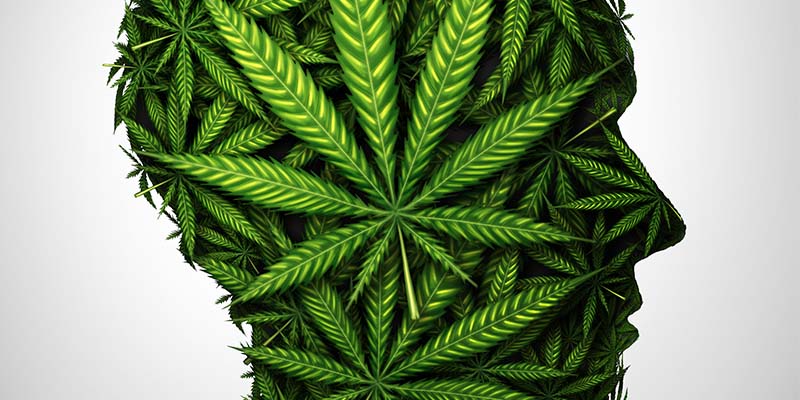 As mentioned already however, everyone is different, and some people may find cannabis to be the perfect key to getting in the zone. Dosage is key though, so a minuscule amount might be sufficient to unleash the magic, whilst a large amount rapidly leads to a game over scenario.

Alcohol falls into the ‘feel good’ category for sure, but there are also other reasons why it’s just not a good choice for music-making. The early effects of alcohol have been likened to a cocktail of different drugs, including euphorics, stimulants, dopamine-enhancers and relaxants, which is why it can feel so good initially. The symptoms rapidly head towards barbiturate ones though, where the sedative properties dominate. And if putting you to sleep doesn’t make things challenging enough, it also makes you deaf, which is the one sense you’re absolutely going to want to hold on to!

Again though, a little drink shouldn’t make too much of a difference, and if it’s just a bit of ‘dutch courage’ to loosen you up at the start then it might be just what the doctor ordered. Just keep it minimal if you want your ears to remain reliable enough for mixing.

For me personally, some of my best music has come from sessions when I’ve been hungover. Not epically hungover obviously, but mildly. There was (I no longer drink) something about that state of mind that maximised my critical listening abilities, perhaps bringing about a ruthlessness that I found difficult to acquire in other ways. Essentially, if it made me feel good, it was generally good, whilst conversely, anything a bit rubbish made me feel awful so got scrapped instantly!

Perhaps a combination of the two states might yield the best results for some people…… make as much music as you can whilst feeling great, then sift through it all whilst feeling less great to filter out all the garbage.

It probably hardly needs saying but stimulants of all kinds are unsurprisingly a popular choice for making music, or providing motivation for doing anything in fact.

Although all stimulants tend to improve mood as well as energy, largely due to having an effect on dopamine levels, so may affect how discerning you are, the much greater effect is simply to keep you going. Depending on your sensitivity and predilection, you might only need a mug of white tea to find your spark, whilst others may opt for something a bit harder and go for an all night session. 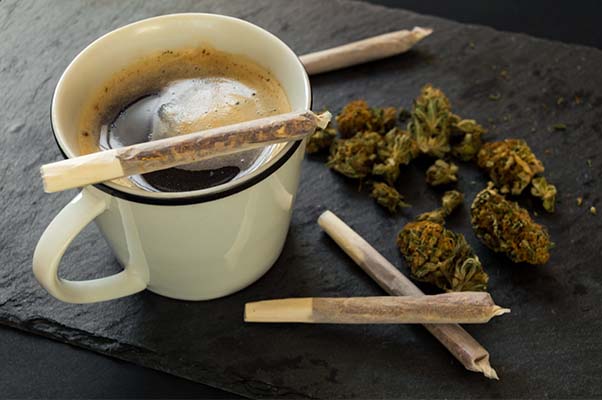 Back in the day, I’ve certainly found the latter to yield great results, particularly after an especially inspiring party or night club.

Whatever the stimulant though, the effects will lift you for a time, which helps in the moment, but there will inevitably come a period sometime after when they wear off, causing a crash or a need to refuel. Ultimately, it’s best to be mindful of this and not get yourself too high to avoid the subsequent dip. I personally recommend cacao as opposed to caffeine as a stimulant. A handful of raw nibs with a date will give you a cocktail of neurotransmitters, including theobromine (a smoother stimulant than caffeine) and a number of ‘bliss’ chemicals that will subtly pick you up and improve your mood.

Go with the Flow

One of the most talked about groups of chemicals today is the psychedelics, which include psilocybin, LSD, 2C-B and DMT. Whilst these are all amongst the most transformative and mind-altering substances on the planet, and as such not conducive to getting much done in larger doses, minuscule doses have become a popular choice for a lot of people wanting a little help with their daily life. Although laws in most countries make it difficult to get hold of psychedelics, the attitude is slowly changing as more positive research on their mental benefits is coming to light.

Although quite subtle, a microdose of psilocybin (from magic mushrooms or truffles) can have a noticeable effect on mood, confidence, anxiety levels, motivation and creativity, to the extent that a large number of people now rely on them several times a week. Every other day is generally the maximum frequency that people responsibly microdose. When it comes to music-making, these improvements in mental state can be particularly useful, with increased flow helping with decisiveness and clarity without impairing your normal perspective. As such, they are probably my number one recommendation for chemical assistance, with a microdose helping day-to-day and an occasional larger dose sometimes causing a real boost in creativity in the days after. Of course, anything above a microdose should be approached with care, considering the ‘set and setting’ and seeking advice of people with experience before just diving in. These are life-changing substances and often produce very challenging effects that can be crucial steps on the path to wisdom but not without considerable difficulty at the time!

I couldn’t end the article without some mention of supplements and herbal alternatives, as there are an abundance of available options for tweaking your chemical balance, to lift your mood, raise energy or calm your nerves. Just like with any of the other substances mentioned so far, what you find successful will completely depend on what kind of brain you have and also how it is on any particular day. As a 42-year old who’s had a fun life, my serotonin (happy hormone, but also has a big effect on cognition and memory) and dopamine levels can always do with a bit of a boost, and it often helps to reduce my anxiety whenever possible too. Therefore, some supplements I use from time to time are the following….

5-HTP - a common one to help boost serotonin. It’s a precursor to serotonin so helps the body produce it a little more naturally by giving it more of what it needs. I take this every now and then, more in potentially stressful situations than for producing music though.

Rhodiola and St. John’s Wort - 2 great herbal mood boosters. Rhodiola is a particularly productive one I find, which can give you a gentle lift and help get the music flowing.

L-Tyrosine - another precursor, but this time to dopamine, so it’s a good one for improving motivation and creative confidence. Like 5-HTP though, use sparingly, as it can give a little crash if the dose is too high.

Ashwaganda - a good one for reducing anxiety. If you suffer from nerves or stress, this can be really useful for its calming effect, which can ultimately be good for a lot of situations, including making music.

And there are many more! These are certainly not recommended as daily supplements like vitamins, but as occasional boosters they can be extremely useful.