Y2K - Music Software at the Turn of the Century 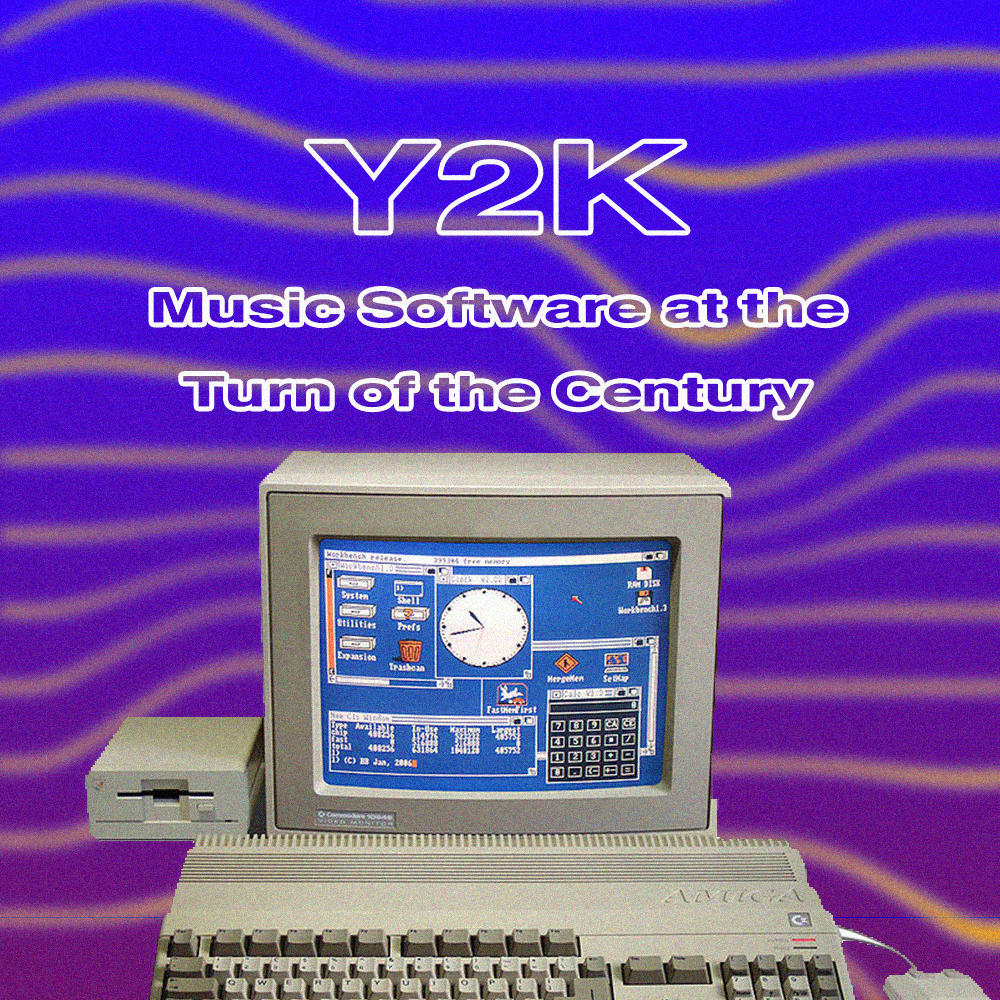 Familiarise yourself with early music software, on computers and gaming consoles, which allowed bedroom production for the first time, and were key in the formation and evolution of several genres.

If you’re interested in learning music production and how to use different Digital Audio Workstations (the successors to the software mentioned below), then take a look at our varied selection of Music Software courses.

Please note that this is not an exhaustive list, but a handful of our favourites.

A favourite among Junglists to this day, OctaMED was a music production and tracking program for the Amiga computer. Countless dance hits were produced on the iconic software, with famous users such as Aphrodite, DJ Zinc, Bizzy B, Venetian Snares, and even Calvin Harris (who produced his entire first album using OctaMED).

OctaMED was favoured by producers for several reasons. At the time of its release, many digital computers didn’t have built-in MIDI outputs, but the Amiga Computer - the hardware you ran OctaMED on - already had this feature. This obviously appealed to musicians who could effortlessly implement their outboard studio gear, and get the power of their synths combined with the tracker.

By today’s standard, trackers are quite cumbersome, but many people, such as modern Jungle & Hip-Hop producer Pete Cannon, still swear by octaMED. Here you can see Pete demonstrating the power of it:

A competitor to the Amiga home computer, the Atari ST was a similar level of early computer which, unlike many of its competitors, also had integrated MIDI ports - something that seems unheard of even in today’s computers! It was also relatively low-cost for the period, and had very low latency as well as comparatively high memory storage.

Consequently, many huge albums and tracks were produced on the Atari ST. Some notable examples include  Fatboy Slim’s You’ve Come A Long Way Baby, Depeche Mode’s Songs of Faith and Devotion, and even Darude’s smash hit Sandstorm.

In the video above, Pete Cannon also uses an Atari ST to help produce his tracks.

Mario Paint is a kids video game developed for the SNES (Super Nintendo Entertainment System) in 1992. It was developed as a simple video game for digital painting and music creation.

Although not massively sophisticated (you can only write music in two keys, you can only write 24 bars of music, and the note range is very small), Mario Paint built up a cult following, and to this day maintains a healthy fanbase of composers.

Mario Paint can be very fun to use, incorporating a variety of fun sounds including cat and dog noises, 8 bit clicks and guitars. Check out a 3 month-in-the-making remix of Daft Punk.

Music 2000 was a game changer for many producers, as it introduced a generation of kids & teenagers to music production. Although pretty unwieldy by today’s standards, Music 2000 was hugely influential on a number of UK music genres, most notably, Grime, UK Garage, and Jungle.

A massively cheaper alternative to a music studio, Music 2000 could be bought by inner-city kids without much money, to produce simple, hard hitting and fun tracks within the comfort of their own home. In many ways, Music 2000 was the birth of the ‘bedroom producer’.

The Dance Ejay series was the PC's Music 2000. The first version was released in 1999 and countless spin off versions and sequals were released in the early 2000's. With decent sized sample libraries and the ability manipulate the samples as well as record your own, budding bedroom producers could really get to grips with arranging a track. Looking at Ejay now it feels like a precurser to professional software like Ableton Live or Logic.

Ejay was never as universally loved or acclaimed as Music 2000 or the Octomed and you'd often see CD-Rom copies in the bargain bin at Staples or Woolworths but it has a cult following amongst PC producers.

While there are many other early music creation tools, this is just a brief look at the tip of the iceberg.

If you’re interested in learning music production and how to use different Digital Audio Workstations (things a little more sophisticated than the programs mentioned above), then take a look at our varied selection of Music Software courses.