Following on from his hugely successful Pro DnB Tips & Tricks - The Making of ‘Move It’ course, Hospital Records artist Reso returns with his new set of exclusive tutorials, focusing on creating a gritty Drum & Bass beat within Logic Pro X.

Reso is well known for his intricate and highly skilled productions, which have won him fans and plaudits worldwide. He burst onto the scene with 2012’s Tangram LP, released on Civil Music, and since then has never looked back, with a string of releases on Drum and Bass powerhouse Hospital cementing him as a key producer on their roster. Aside from his production prowess, Reso is also a hugely competent drummer (a Brit School graduate), making him ideally suited to delivering this course.

In the tutorials, Reso shows how to create a complex, jungle inspired Drum & Bass beat, using only Logic’s stock instruments and effects. Starting with the kick and snare, he then adds layers of shimmering hats, shakers and percussion, explaining in detail his choice of samples. Reso also shares his programming methods, crucial to keeping the beat sounding live and vibrant. After programming the rhythms, he then guides you through his processing techniques, giving an insight into his choice of effects, as well as mix bussing, with tools such as parallel compression and stereo EQ’d reverb returns employed to gel the beat together.

Accompanying the streamed videos - available 24/7/365 - are 10 drum loops and a bonus EXS drum kit from his Drum and Bass Intelligence sample pack, the Logic project from the course, as well as Reso’s own drums template, meaning that you can start creating your own slamming DnB beats right away. For more information, be sure to check out the module descriptions and sample module on the media tab.

Reso introduces you to the course, and then plays through the rolling DnB that will be constructed in the upcoming tutorials.

This video walks you through the template that comes with the course, with audio and instrument channels, FX busses and a sidechain channel.

In this lesson, the kick drum is created by bouncing down a live-sounding sample, re-pitching it, and processing it with distortion and an enveloper.

Module 4 - Adding FM to the Kick

Reso adds some low end weight to the kick using Logic’s EFM1 to create a sub tone. This sound is then further shaped with EQ and enveloper.

This module walks you through the creation of the gritty snare drum, and a secondary snare. Both are made by re-pitching and distorting an acoustic drum kit sample.

Reso begins to arrange the beat, showing his methods to create a live sounding programmed beat, with varying velocities and ghost notes employed to create a more intricate groove.

In this video, the high end elements including the shaker and hi hats are added to the beat. Reso once again programs the velocity of the shakers and hats to create movement.

In this video, a tambourine and a crash are added to flesh out the beat. Both are side chained to allow the kick and snare to cut through.

Reso shows you how he programs different patterns, with some extra added hat and ride sounds to add variation to different sections.

Moving on to the mixer section, this video shows some of the routing, and the processing that's applied to the drums bus.

Reso continues to mix the drums, adding parallel compression to gel the different parts together and add some real dirt to the beat.

This module looks at the reverb bus, which uses Logic's Space Designer. Reso also adds different EQ settings to the mid and sides to widen the reverb.

In this video, the beat is checked in mono, and an adaptive limiter is added to leave suitable headroom.

Reso concludes the course with one last look at the levels of the busses. 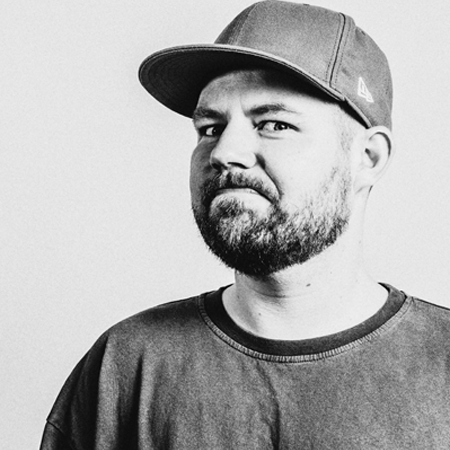 Drum and Bass artist Reso is renowned for the technical quality and musicality of his productions, which have seen releases on labels such as Civil Music and Hospital Records. Reso happily shares his expertise and industry insight in his Logic Pro tutorials, which are unmissable for any budding drum and bass producer.