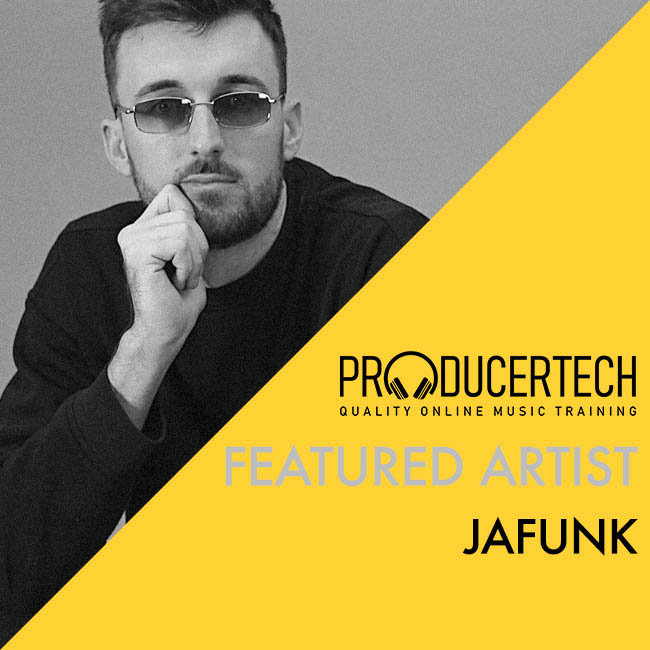 Future Funk specialist Jafunk has joined Producertech. His Future Funk Production Techniques course is out this week and he’ll also be joining the regular crew of artists hosting livestream’s for our Members every month. His first stream takes place on the 8th April 2021.

Listen to a specially curated playlist of his music below.

Jafunk is a music producer and DJ from Australia now based in Berlin. He is known for his funky & soulful music. His remix of Set Mo's 'Chasing Forever' put him on the map with over 2.5 million streams on Spotify.

He has followed this massive remix with a host of singles receiving millions of streams.

His music has been featured on tastemaker channels such as Majestic Casual, Selected and Fhinq Music, as well as garnering international radio play. Before Covid hit, he was touring the world DJing in Europe, Japan and Australia. We're sure he's keen to pick up where he left off!

Jafunk produces in a style known as Future Funk. It is probably best described as sun drenched Funk, a style that takes you to the beach bars and pools of the world. His track Ecstacy perfectly captures this vibe with a funky, nostalgic, balearic feel. The sensual vocal has a brazilian feel, instantly transporting you to Rio.

Back To Life is a little more on the soulful end of the spectrum, more of a night time track with an addictive groove, funky bass and catchy vocal.

He really knows how to treat a vocal, with an impressively poppy finish on all of his tracks. His music has a radio-friendly, bar-friendly quality. It is immediately catchy.

Making music with that quality is no easy task so it’s great to have Jafunk on board to teach you some of the secrets behind making catchy, funky music.

What Is Future Funk?

Future Funk is a genre derived from Vapourwave and Nu Disco. It started in the early 2010’s and has evolved since then. Like with all genres many different artists and fans have their own definition but at its core the aim is to achieve a vintage Pop sound, be it 70’s Funk or 80’s Pop music.