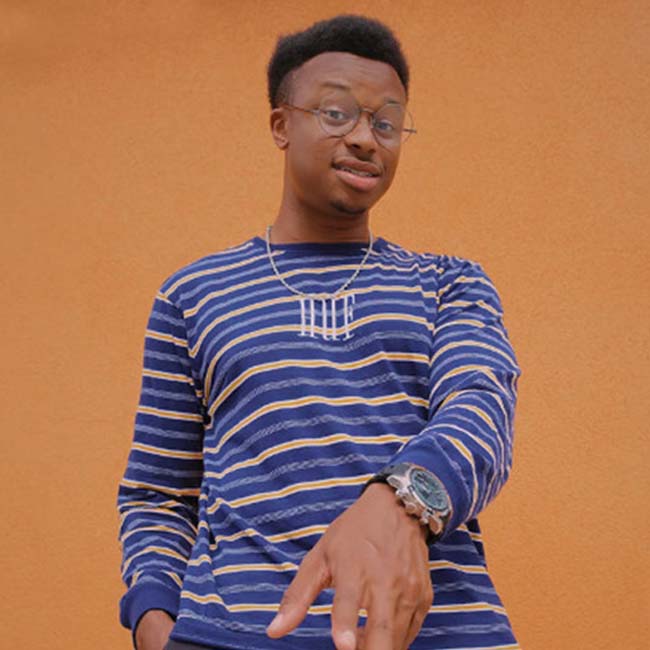 24 year old beat magician Kaelin Ellis has worked his way to the top of Social media’s favourite hip hop producers over the last few years. There is no doubt this talented young producer is going places.

Based in Orlando the multi-platinum selling producer works from his home studio and has gone from a lowly bedroom producer to collaborating with the likes of Kaytranada, Lupe Fiasco, Virgil Abloh, Sango and most recently making an appearance at Marc Rebillet’s studio with The Kount.

Initially restricted to only listening to Gospel music, Kaelin discovered Madlib, J Dilla and J-Rocc. These discoveries provided him with the inspiration he needed to start making beats. As he grew older his tastes broadened and a deeper understanding of different musical styles began to grow.

In an interview with Ableton he’s quoted as having listened to prog rock for a number of years:

“When I got to high school, I started discovering myself in music, learning that I liked all types of music and wanted to implement all types of music. But the only way to know all types of music is to listen. I went through a phase of listening to progressive rock for like six years. And half of that time was me just trying to find the right drum sound. So I started learning about which drums did what. And I started recording my own drums. I started understanding what gear does what. And over time, it turned into an obsession of understanding 70’s music. I learned all about the 70’s and 60’s, like how weird the 60’s were and how weird the 70’s were, when they understood how to take the weird from the 60s and put it with the structure of the 70s.”

His signature production style and eccentricity blew up on Soundcloud, part of a generation able to self release music on the fly and master the art of promotion on social media.

Short clips of Kaelin making beats in his studio have accumulated millions of views across Twitter, Instagram and Tik Tok seeing Kaelin’s followers grow exponentially on the internet.

Kaelin dropped his album “The Funk Will Prevail” at the beginning of 2022 to widespread critical acclaim.

Check out some of Kaelin’s music below:

He has invited producertech behind the curtain to take a back seat and watch the beat making process of a true prodigy’s workflow after 10+ years behind the DAW.

For fans the new Hip Hop Production Techniques With Kaelin Ellis course will be a real insight into how he works. It’s great spending time with the natural beat maker. Whether you’re into writing Hip Hop beats or just enjoy jamming in your home studio we’re sure you’ll get plenty of inspiration from Kaelin’s course.