Where to start with a Bassline 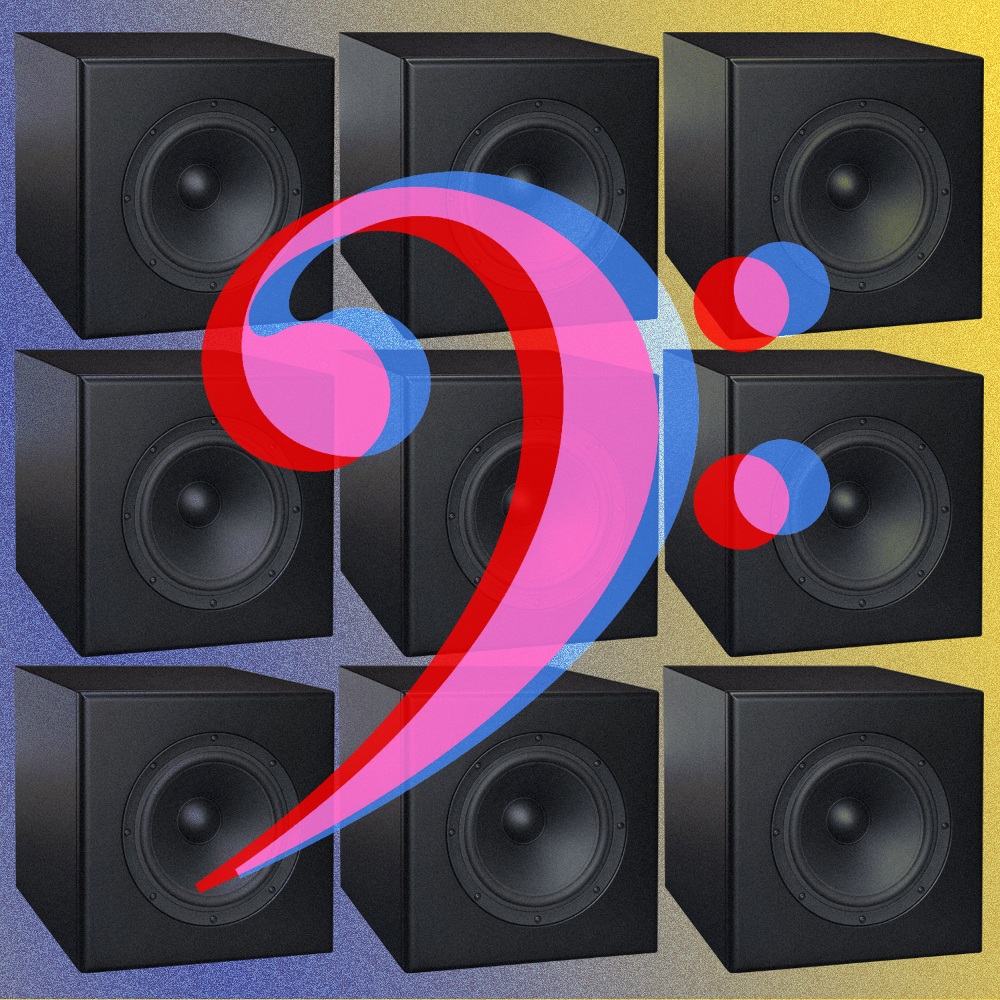 So you’ve found a great bass sample and loaded it into your sampler but have no idea what to do next! If this sounds familiar then read on for some great starting points to help you understand where to start with a bassline.

Getting the groove right

The groove is the most important part of making a good bassline. A lot of great basslines are made purely with a single note played at certain times in the bar, so knowing when those notes should occur is essential knowledge. Plus, with basslines having lots of low frequency content, it’s often important to make sure they play nicely with the kick drum, to prevent conflicts and make sure the mix is sweet.

An energising groove is typically created when there is a good amount of syncopation in a bassline. This means, when bass notes fall on ‘swing beats’, which is the name given to the 2nd and 4th 1/16 notes (semiquavers) on every beat.

However, playing notes purely on those beats can sound a bit jarring, due to having no alignment with the main drums, which tend to fall on the down and upbeats (1st and 3rd semiquavers). So, the best approach is often to alternate between these pairs of semiquavers on consecutive beats, so the bassline falls in and out of alignment with the main drums, which will provide a satisfying groove that gets people moving and that can also be swung if desired to make the rhythm lazier or more natural-sounding.

Once you've got a good groove, lasting for anything from a couple of beats, if the style is more repetitive like Tech House, to a couple of bars, it's normally a good idea to duplicate it and add variation, so it lasts longer and isn't identical throughout. In certain styles, this variation might be extremely subtle, with just minor changes to note lengths or velocities.

What notes to play

When wanting to create a more melodious bassline, so one that plays a few different pitches in the key of your song, there are a few rules to adhere to. These are similar to those when making any melody, with a lead for example, in terms of the phrasing and notes that are available, only a bit more restrictive to keep the harmony of the song unmuddled.

The bassline is the sonic element in a track that defines the harmony, so you'll often hear basslines that simply play the tonic note in the scale, so C when the song is in C minor. The next most common pitch in a scale for basses is the fifth, which is the most versatile and sits comfortably with the tonic in almost any scale. The third, fourth, sixth and seventh are also popular, although most of them (all other than the 4th) can be major or minor, so are dependent on the scale and have a more dramatic effect on the mood of the song.

When other notes are introduced into a bassline to create a melodic phrase, it's typically a good idea to make sure that the tonic is played more than the other notes, so the harmony doesn't become too complex or confusing.

The simplest basslines can be made much more interesting when the frequencies are shaped across the phrase. This can be done by finding a bassline with a lot of high frequency content and then simply having it sustain (at constant full volume) across each bar. Then, a low-pass filter can be modulated via envelopes or LFOs, automatically or through automation, to have the top end shift rhythmically with your beats.

To see a demonstration of many of these techniques, check out this free tutorial by Senior Tutor Rob Jones...